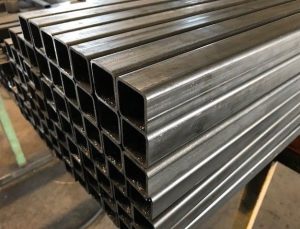 Despite the recent price recovery, world steelmakers will continue to be concerned about the future policies of the Chinese mills. In recent years, Chinese steel manufacturers were criticized for selling their excess supply, in global markets, at low prices.

The Chinese government’s measures, to cut capacity and curb pollution, have played a leading role in raising steel prices, worldwide. However, the mandated winter production cuts are unlikely to have the same impact as they had in previous years.

Chinese steel demand has been relatively firm, this year, and this encouraged mills in the country to raise their production. In fact, China’s National Bureau of Statistics reported that domestic crude steel output, in the first ten months of 2018, increased by 6.4 percent, year-on-year. However, MEPS understands that local demand has slowed down, markedly, in recent months.

Due to weakening domestic market fundamentals, it is predicted that Chinese suppliers will turn to traditional export markets. Competition from new local steelmaking facilities, in those regions, and major exporters, in Turkey, Russia and India, is fierce. It is possible that vast quantities of material will enter the global steel market, as a result.

The current trade legislation, implemented in North America, via Section 232, and in Europe, through the European Commission’s safeguarding measures, will afford regional steelmakers a degree of protection, against low-cost imports. However, MEPS forecasts that oversupply will continue to be a factor on the global steel scene. This will, undoubtedly, threaten the sustainability of the recent price revival, during the course of next year.